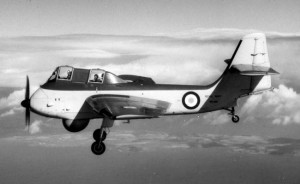 The Seamew was designed as a cheap, lightweight, and simple anti submarine patrol aircraft. The idea was that a large number would be needed to protect ships and harbours. The Fleet Air Arm issued Specification M.123 in 1951 and Shorts designed the SB.6 around it. The design was selected and orders placed in 1952. The first prototype flew on 13/8/1953. The RAF decided that it could use the Seamew to supplement the Shackleton (and Lancaster) for shorter range patrols.

An order was placed in Febuary 1955 for 60 aircraft (split down the middle between the FAA and RAF), and naval service flight trials were carried out with 200 take offs and landings on HMS Warrior. The RAF quickly lost interest, and budget cuts killed off the project. All 18 aircraft build were scrapped.

I’m going to make this plane, only because it is so damn ugly. 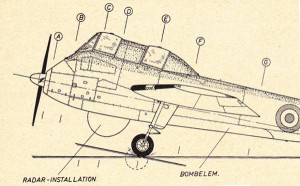 I have found a great 3-view of this aircraft in an old Swedish magazine. It was drawn by my countryman E. Tage Larsen and it is perfect for this use. 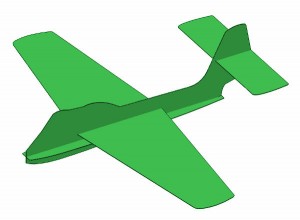 As always, I align the 3-views and check that it all fit together well. Luckily it does. It already looks like a Seamew.

The exercise also taught me that the plane is actually of a really simple construction. The mid-section of the fuse is a basic tube, the elevator is a candy bar, and the wings are almost as simple. It looks like all the complexity is in the cockpit, but that’s actually two perspex bubbles on a fairly normal shaped fuselage. 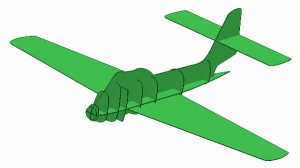 I have drawn the formers from the 3-view and added them to the project. They require quite a bit of cleaning up. The tail will be a challenge.