On this page, I will discuss rare aircraft technology – Technology that is no longer used today and requires an explanation. 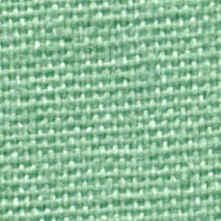 Percale is type of weave most noticeable used for bed-sheets. Percale-woven fabric was initially imported into Europe from India at high cost, but the technology necessary to mass-produce this high-quality fabric was developed in France around the 18th century – the same time balloons were first developed.

A percale weave has a thread count of about 200 or higher, and is noticeably tighter than the standard type of weave used for bed-sheets. It has medium weight, is firm and smooth with no gloss, and warps and washes very well. Indeed, it is so tight that any pattern has to be printed on. In other words, the ideal fabric for balloon fabrication.

Percale balloons were used until vulcanization of rubber was invented. The first balloons of vulcanized rubber appeared around 1907, made from rubber by the Continental Company.

Percale balloons were made from percale and then varnished. The varnish was coated with linseed oil, which, due to contact with oxygen in the air, made the varnish becomes resinous, and over the course of time develop into a hard air-tight mass.

The use of varnished percale, made packing of the balloon difficult. The heat from the sun’s rays during flight, made the varnish soft and sticky. The only way to pack a percale balloon was to take it into the shade or wait until after sunset, and thereby let it cool and re-harden first.

A percale balloon could not be touched until the varnish was completely dry. Because it had a hard surface, it was also easily torn by rocks, or other sharp objects. Furthermore, newly varnished balloons were liable to spontaneous combustion, if packed for more than 20-30 hours. French chalk had to be applied to the exterior of the balloon to prevent this. The chalking process also had to be repeated in wet weather to protect the varnished linen from moisture.

The varnishing process should be repeated after 25-30 ascents.

Although vulcanization was invented around 1850, it was the breakthrough in manufacturability in 1905 that made the rubber balloon possible. The first vulcanized rubber balloons were introduced 1906-1907 by the Continental Co. In these balloons, a thin layer of rubber was placed between two layers of percale-woven fabric. The main qualities of vulcanized rubber is elasticity and being air-tight.

While balloons of a varnished percale required constant maintenance by experts, vulcanized rubber balloons required almost no maintenance. Balloons made of  rubber did not require re-proofing, and no special treatment was required. When wet, they could be placed out to dry, or even packed up in wet conditions. There were no set rules for packing up after a landing, and packing could be performed even when the wheater was very hot.

The drawbacks over percale balloons was its greater initial cost. However, rubber balloons lasted for over 60-100 ascents, compared to a percale balloon’s life-span of only 25-30 ascents.

The only drawback over percale balloons was a weight increase of about half an ounce per square yard.

This is a place-holder. This web-site  is updated daily. Please check back later.