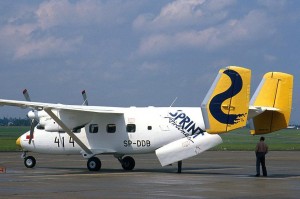 The Antonov An-28 was meant as a substitute for the world-famous work-horse, the An-2. The An-28 has two engines, compared to the An-2’s single-engine. However, the An-2 refuses to die, and it is still being produced today.

So, the An-28 was transferred to the PZL factory in Poland, where it was initially produced as the PZL-An-28. It was later modified to become the PZL M-28.

After the collapse of communism in 1989, several versions of the PZL M-28 were produced, with western engines and avionics. The most common are the PZL M-28 Skytruck and the PZL M-28 Bryza (coast-guard service). I plan to model either the coast-guard M-28 Bryza or the commercial PZL M-28 seen here. I have not really decided yet.

This is the first plane that I make that is too large at scale 1:5. Since all my planes so far have been in 1:5 I will have to come up with a second scale that can be applied across the board for the larger planes. I suppose 1:10 would be reasonable, giving a wing-span of 2.20 meter. and 1:8 at 2.75 m. Here are some famous planes and their wingspans for comparison:

This makes the scale dimensions of the PZL M-28 Bryza: 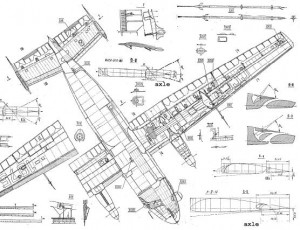 I have so far been unable to find a decent 3-view of the later, westernized, PZL-M28s. I have, however, found a really good 3-View of the original Antonov An-28. In order to start, I have decided to stick with the An-28. This aircraft was used in Poland, up until 1989, and there are many interesting liveries for it. The main external differences between the An-28 and the Bryza are the engine nacelles. It should not prove too difficult to modify the An-28 to a Bryza later on then. So, off we go… 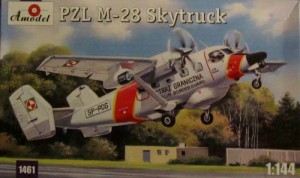 I bought this plastic kit of the PZL M-28 Bryza. Unfortunately it is scaled 1:144, so the amount of details is not too good.