The Danish Navy got its first aeroplanes in 1912. 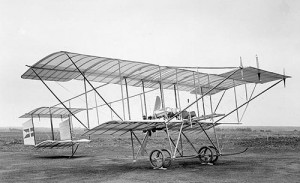 Glenten was a copy of the French Henry-Farman bi-plane. It was built during the winter of 1910-11 by Robert Svendsen. It was used after the Henry-Farman plane used to cross the waters to Sweden was destroyed. Glenten was later donated to the Navy. It was used until 1913 when the Navy stopped training pilots using land-planes. It is today on display at the Teknisk Museum in Helsingør.

The Maurice-Farman built aircraft was used as a trainer until it crashed on October 2nd, 1913 killing the owner Ulrik Birch. The wreck and its engine was sold to the Navy for 20,000 kr. 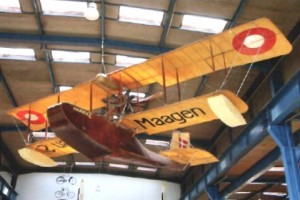 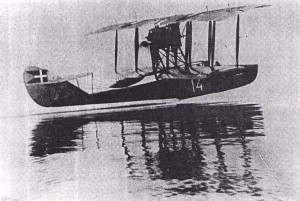 The Royal Naval Dockyard in Copenhagen (Orlogsværftet) started aircraft construction early on. Their first experiences were with repair of the Danish Navys Henry-Farman aircraft.

Two Donnet-Leveque flying boats were acquired in France in 1913. Although it was considered one of the worlds best aircraft at the time, its performance was poor, and the materials used were below the Naval Dockyards normal standard. The wings started warping less than a year after the boats were acquired, and, as a result, they were hardly ever used. They were designed impirically, and as a result also poor flyers.

Gustav Eiffel had constructed a 2 meter in diameter wind-tunnel under the Eiffel tower, and his laboratory was used to come up with, and test, many new and efficient wing profiles. The Naval Dockyard was working with Gustav Eiffel in Paris at the time, and the Donnet-Leveque aircraft were redesigned with the new Eiffel wing profiles, the wing-area was extended from 21 sq. meter to 3o sq. meter, and the structure was strenghthened and lightened. Only the hull, wing-floats and the engine were left unmodified.

The modified aircraft, now named Maagen II, had a better glide angle, reduced take-off length, and could carry fuel for an additional 2 hours of flight. The cruise-speed was unchanged, despite the larger wings.

Maagen III was constructed in 1914, entirely from scratch, using all the latest scientific methods developed. This was Orlogsværftets first construction designed and built all by themselves. It was an amazing boat, even compared to other flyingboats of its day. The hull was much improved, and shaped like that of a speed-boat’s, with a step in the hull inserted to ease take-off. The hull was built from Mahogany, with an internal doped canvas “bag” that would help keep water out. The construction was very similar to modern-day fibre-glass construction. Ash-wood spars were used as “widerons” to increase the strength of the hull width-wise. The hull did not use any formers as we know it, and it can be classified as a very early monocoque construction.

The construction was so streamlined, light and strong, that it could take off from water in less than 15 meter. The Donnet-Leveque had required at least 50 – and that was the improved Maagen II model.

All parts of the aircraft, from power-requirements, strengths, stresses, propeller pitch, wind and water resistance, speed etc. had be calculated beforehand. One of the first such undertakings in the world. With safety margins of 6x and up, Maagen III was a very strong and safe aircraft.

A Curtiss flying boat was acquired during 1917, and the performance of the Danish construction was so superior that the Curtiss aircraft was disposed of after only a few flights.

I have included a photo of Maagen III taking off from water. The grace, speed and quality of this construction is easily seen. It practically takes off witout making a single wave or generating any water-spray. A truly remarkable aircraft.

The Maagen III was part of a series of flyingboats of slightly different size, armament and construction. They all, however, were very similar. 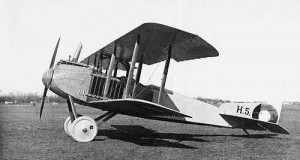 H-maskinen was an aircraft designed and build by Orlogsværftet (Naval Dockyards) in Copenhagen. The first flight was in 1917 and was in service at Hærens Flyveskole (Royal Danish Army Flying School) from 1917 to 1924. The aircraft could be armed with a Madsen machine gun mounted on the upper wing center-section. A total of 9 were built.

Very little is known about the aircraft, and only a handful of photos exist. However, after a lot of research at the national archives and other museums, I have managed to acquire enough information to build a 1:5 scale model. You can see the build here.