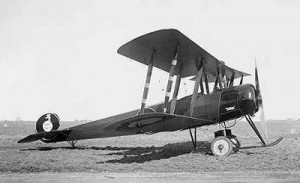 Det Danske Luftfartselskab (Danish Airline Company) purchased two AVRO 504K in Britain during 1919, but they were never used and later sold on to the Royal Danish Army. The army acquired an additional two aircraft, and they were used until 1931. The Royal Danish Navy purchased six during 1920. A total of 5 crashes, but were substituted for the 504N.

The aircraft were flown with the typical AVRO landing gear, as well as with floats.

Some websites says the length was 29 ft, the original manufacturing drawings say 28’11”, and other sources say 29’5″. Some, like Windsock Datafile No. 28 says both. 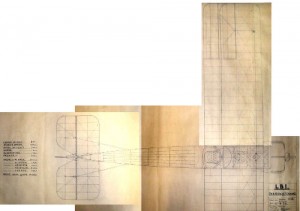 I have pieced together a 3-view from photographs I took of the original drawings from 1923. This work has been done, and I am importing them into Alibre CAD, practically as I type this. With a scale of 1:5, this model is going to have the following dimensions.

I have been looking through old books and documents to try and find the wing profile used. Eventually found that the profile changes slightly from wing-root to wing-tip.

I have loads of photos of this aircraft, taken at the RAF Museum at Hendon. Here are a couple of photos from my collection.

I’ve got quite a headache at hand. The dimension on the construction drawing says 8.814 m, which is 28’11” in imperial dimensions, while Jane’s All the Worlds Aircraft from 1919 says 26’6″. Which one is correct? Where is the length measured from? The skid or the propeller?

There is also the AVRO 504K Mark II, which is an improved Mark I. The Bjorn Karlstrom drawings are of the AVRO Mk II, and by scaling up the 1:72 drawing, I get a length of 28’6″ for the Mark II.

AVRO wrote in a brochure for the AVRO 504K Mark II:

From what I see, the fuselage formers are also of a different shape. The length might possible also have been reduced 6 or 12 inches.

From what I can deduct from photos of the Danish AVRO 504K, it is a Mark I. So why did they write 8.814 m on the construction drawings? It just doesn’t make sense. I need more information. 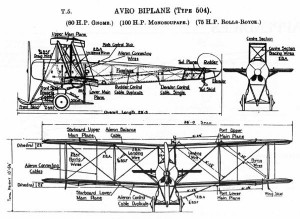 Unfortunately, the text underneath says “length: 28 ft 11 in”, so I am still none the wiser.

The difference is 7 inch – enough to make a difference!

I have now overlayed the two drawings, to see where they differ. To be honest, there is practically no difference, with the exception of: