In episode one I discuss the GPIB protocol and how data and commands are transferred on the bus.

In this installment, I discuss the design choices and how I arrived at the final schematic for the GPIB bus interface.

In the 3rd episode, I discuss the PCB layout.

It's not difficult to 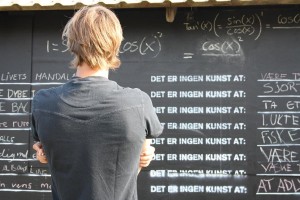 This is a based on the “Before I die, I want to:” signboard. It’s basically a public blackboard where you can write anything you like, helped by the text “It’s not difficult to:”.

Although from the mid 1970’s and with limited memory, CP/M machines are still very useable today. Some of the available software programs are marvels of engineering. There were C, COMAL, Fortran and Pascal compilers available, as well as wordprocessors, text editors, spreadsheets and games.

The first CP/M machines consisted of a CPU, RAM, a boot ROM and one or two serial ports. The CP/M operating-system was designed for for use with 8″ floppy disks. These disks were large and could hold 180kBytes each. Later the smaller 5 1/4″ disks were adopted.

The CP/M machines did not initially come with a monitor and keyboard. Instead a teletype terminal and a line printer was used for input and output, respectively. Later on VT100 terminals were used, and around 1980 the typical CP/M machine came with the VT100 terminal built in. However, for software compatibility the built-in VT100 terminal and the main computer unit were still, two separate units, but on a single PCB.

In this post, I will design and built a CP/M machine using standard components. A VT100 terminal is also in the works, but it will be a plug-in board. For mass-storage, I will be using SD Cards.

A lot of software has been written for CP/M, and I imagine my ‘clone’ is ideal for places where a VDU, keyboard and floating point algorithms are required. I  have seen CP/M machines used  for telescope control, tracking stars, for example. After all, a CP/M machine is SO much easier to program than a microcontroller.

The machine will be using a 4 MHz Z80 CPU, an 8-bit ROM, a static RAM and some control logic. The supply of Z80 SIOs is unreliable, so I will use tWO 16550UARTS  for the serial portS. I initially wanted to use Compact Flash instead of the floppy drives, but I couldn’t find the cf connectorS locally, so I changed to SD Cards. I will use a couple of TTL gates to interface these.

I have a small wall-mounted PVC enclosure  in mind, and if there is room on the PCB, I plan to include an 8-bit input/8-bit output port too.

The CPU is a standard 4MHz Z80 CPU.  These days static RAM is really cheap, so the memory refresh pins of the CPU associated with dynamic RAM are unused. I will use a single interrupt for the serial ports.

The CPU needS a single quad-OR gate to combine the RD, WR, IORQ and MEMRQ signals into something useful.

There is no other support logic required to get this CPU running with the exception of a clock signal.

Two resets switches, or a single multi-position switch, is used on most CP/M machines. These provide: 1) A hard reset that will re-boot the computer, and 2) a Soft reset which simply restarts the CP/M system using the program already loaded into RAM.

Under CP/M, all programs run from RAM. During power-up, a boot-ROM in the lower part of the memory  is used to load the operating system from the floppy disk into the higher part of RAM. When done, the boot-loader will then jump to an address in RAM and perform an I/O write to switch out the boot ROM and switch in the lower RAM.

The memory on my CP/M computer consists of  a Boot-ROM and a Static RAM. A flip-flop that is reset during a hard reset will switch in the Boot-ROM. An IO Write will set the flip-flop and switch out the ROM. Apart from that, there is nothing special about the memory circuit

I wanted to do some memory bank switching, but the CP/M operating system uses both the lower and the upper memory areas, and swapping memory banks in the middle of the memory map is really not a good solution, so I have decided against it.

Only one serial port chips is required. As I use my own VT100 terminal hardware, I can connect that directly to the Z80 bus. A MAX232 is used to convert TTL to +/-12V levels.

SD cards are basically using the SPI data format. The Z80 doesn’t have any I/O ports, so I have added these. For people used to working with microcontrollers like the Microchip PIC, this is a real waste of TTL gates, but in the late 1970’s this was how it was done.

The CP/M computer consists of two PCBs. I have done this to fit it into the PVC enclosure that I had available. An alternative layout would be on a single 10×16 cm Euro-Card. If there is any interest in the eurocard form-factor, let me know.

Two pieces of software is required to get CP/M to run. The first is the Boot-ROM. The second is the BIOS. The function of the Boot-ROM is explained above. The BIOS is a bit of code that translates CP/M function calls like “load” and “save” into hardware specific I/O operations.

In order to understand the Boot-ROM, we need to look at the CP/M file-system and how data is arranged on the floppy drive.

The standard BIOS code that comes with CP/M needs to be modified to support our hardware. In particular, we need to handle the SD Cards. On these cards, data is shifted out serially, and one block of data is 512 bytes each. On the original 8″ Floppy drives, data was transmitted byte-wise, and a blocks-size of 128 Bytes were used.

Finally, we need to handle the serial-ports, so that programs like PIP can run successfully. The home-computer of the early 1980’s was a low-cost device.  It had to be. Nobody knew if it was a fad or was going to take off. Many were bought by parents for their kids. A retail price of several 100’s of dollars would put many people off.

To keep costs low, practically all computer manufacturers made use of products that people already had in their home. The TV was used for the display, and a small tape recorder was used for data storage.

The TV is still around, but the low-cost tape recorder is not.

You can’t stick your finger through one of the holes in this solid-state audio cassette and spin it around to manually to rewind it, but hey… that’s progress for you.

My first idea was to simply same the programs as audio on a flash or EEPROM memory device. However, a quick calculation shows that a play-time of 45 mins would require:

Way too much memory for a simulated cassette tape costing less that $2 in 1990.

We clearly have to save our programs as memory images instead of audio tracks. So we get to the final design: 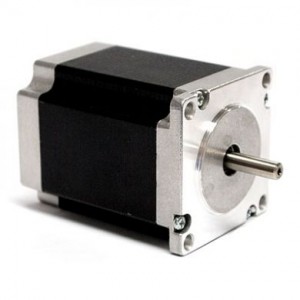 I found this cool video on youtube showing Phil X demonstrating a 1966 Fender Telecaster, and I simply MUST make one of those. It sounds way cool. A quick search of the web returned a long list of Telecaster plans. I’ve got mine from telecaster.com.

Wood-wise I will be using Ash. It’s fairly easy to come by where I live.